It is advantageous for a photographer to have a solid understanding of many parts of a camera. You will gain a better understanding of how a digital camera operates. And this is the essence of this article, i.e, parts of camera and their functions which are going to be explained below.

Parts Of A Camera And Their Functions

The body of a camera, which houses all of its other parts, is first feature you see. In terms of size, weight, shape, and color, camera bodies vary. Everything is based on camera’s model and intended application.

Same material is used to make most camera bodies. To use your camera for years to come in all weather circumstances, choosing a model with shock-impact and moisture protection is preferable.

A lens is used to permit light into camera and is constructed of glass. While some cameras only have one built-in lens, others feature interchangeable lenses. The appearance of  image depends on lens you’re using. Some lenses produce distortion, while others produce an image that is quite similar to what human eye sees.

The opening in front of camera is known as aperture. It appears in lens part of camera.

Since you can swap out lens on an interchangeable lens camera. which means aperture will provide you with more possibilities.

However, lens of a typical point-and-shoot or bridge camera is fixed. Thus, choices are constrained. The aperture in lens can be changed via camera body.

Another essential component of a camera is shutter. It regulates length of time image sensor is exposed to light.

The majority of digital cameras use a mechanical shutter, either on their own or in conjunction with an electronic one.

Every digital camera has a set shutter life, commonly referred to as a camera shutter count. Only up to this figure is reliable shutter operation guaranteed. The highest-end models have more shutter count.

Resolution of images is determined by the image sensor. So, it functions as camera’s brain.

They are in charge of gathering each pixel in an image. An image sensor’s dimensions and megapixel count are used to quantify it.

A little rectangle-shaped hole is viewfinder that you can see on camera’s top. It is used as a window for framing and composing shots.

Either an optical or an electronic viewfinder is available in digital cameras.  Shutter speed, exposure, ISO, aperture, and a few other fundamental picture-taking settings are displayed in viewfinder.

An LCD is a standard feature on all digital cameras, allowing users to view photographs and adjust settings.

Visual interface is what enables the photographer to customize camera settings. It is located on camera’s rear.

Some of high-end models occasionally include two monitors. On top side is the secondary display.

Majority of digital cameras have an internal flash. It pops-up from top whenever you enable it in settings. You can also pop it out manually.

A tactile push-button switch located at top right corner of camera with a dual press option is called a shutter trigger. The first press, often known as half click, is used to bring subject into focus.

The shutter mechanism is activated with second press, which is a full press.

What Are The Basic Parts Of A Camera?

We can see a lot of moving parts when we look at a camera. Keeping track of all parts is quite difficult, especially for beginners. Learning about fundamental components of your camera is quickest approach to start feeling more at ease with it.

There are 5 fundamental components that all cameras have, regardless of brand, and kind i.e film or digital

The camera body, lens, sensor, shutter, and aperture are the five fundamental components of all cameras. These make up the most fundamental parts of any camera when combined. It would be impossible to take images or manage your exposure’s brightness without these parts.

What Are The Main Parts Of The Camera?

Camera body, lens, and film, or a combination of processing unit, image sensor, and memory (in case of digital cameras), are the three primary components of a camera

The purpose of camera body is to safeguard delicate components inside camera. Camera body holds these components together. They are kept together by it to shield them from whims of nature.

In order to create a true image that can be captured on camera, lens collects light beams that are reflecting off of an object and concentrate them on image plane. Since camera’s creation, this particular component has seen most of alterations. This alone demonstrates significance of this part

When you take a picture, light from outside passes through aperture of your lens and strikes image sensor. The light is then captured by this image sensor, which transforms it into a digital replica of scene.

These signals are transformed by processing engine into digital images in various hues or monochrome tones that you subsequently see with your own eyes.

What Are The Basic Functions Of A Camera?

Although cameras exist in a wide variety of sizes and shapes, all cameras perform the same fundamental tasks. In all forms of photography, shutter speed, depth of field, and aperture are fundamental ideas. These three concepts are used by even one-time-use cameras. The degree to which you can regulate these features is only variation between three concepts of  various types of cameras.

The shutter speed is length of time it stays open so that film or sensor can be exposed to light. In most cases, this speed is expressed in fractions of a second, as 1/250. Less light reaches the film or digital sensor faster shutter opens and closes.

Size of opening allowing light to enter through the camera lens is referred to as aperture. The shutter speed and aperture work together to regulate how much light reaches a film or digital sensor. F-Stop is typically used to calculate aperture. Controlling an image’s depth of field is another secondary consequence of aperture.

How much of an image is in focus from front to rear is referred to as depth of field. Aperture and lens magnification both affect the depth of field.

What Is The Most Important Part Of A Camera?

Lens undoubtedly is most important part of camera. Any seasoned photographer will likely respond, “It’s all about the glass,” or “A good lens is more important than a decent camera,” when asked which to buy: a new camera or a new lens.

A poor lens on a good camera will still produce terrible photographs. In contrast, a good lens on an average or mediocre system will almost certainly produce decent results for the photographer.

What Is The Function Of Lens In A Camera?

A lens is a device that directs light toward a focused area. The lens of a film camera provides light to film strip, whereas lens of a digital camera (such as a DSLR or mirrorless camera) sends light to the digital sensor.

A photographer cannot use a camera without a lens. The lens is responsible for concentrating light from scene in viewfinder onto a small (usually 35mm) area on back of your film, DSLR, or mirrorless camera. White light is only type of image you can capture if you take lens out of your camera. 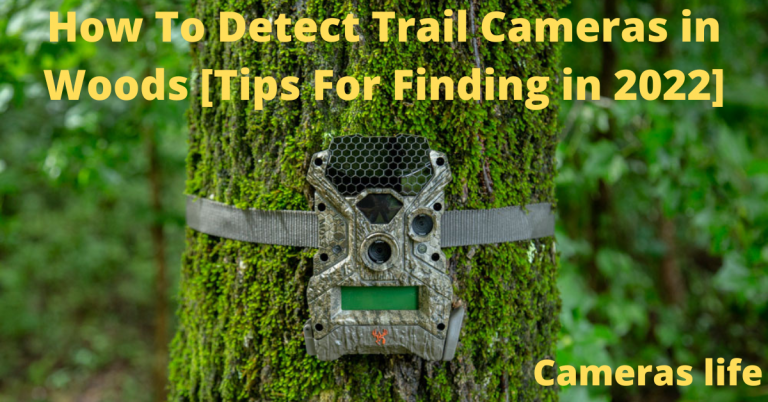 Trail cameras are highly practical tools that are not only used in woods to plan your next hunting, or monitor wildlife but are also used for research and protection of your large properties. This post is for you if you’re going to utilize a trail camera for the first time or always have issues and… 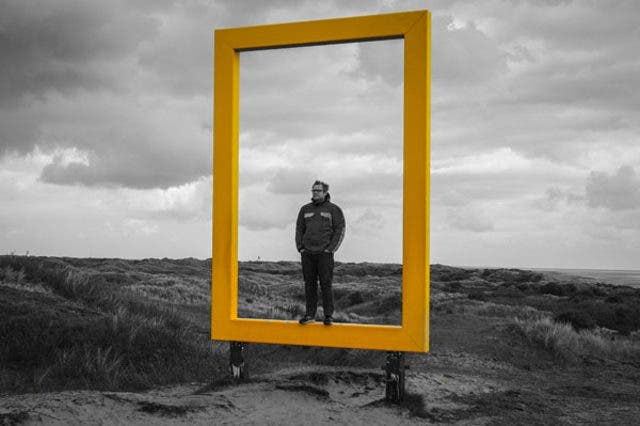 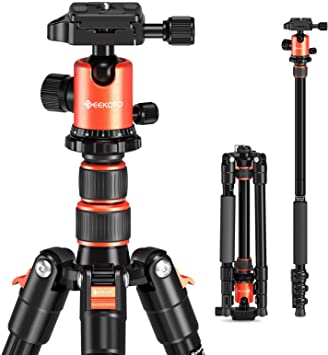 A tripod is a must-have if you’re serious about your photography. It will help you steady your camera and ensure that it’s completely level – which will result in sharper photos with less distortion. The best tripods are worth the investment because they last much longer than inexpensive models, and it can be difficult to… 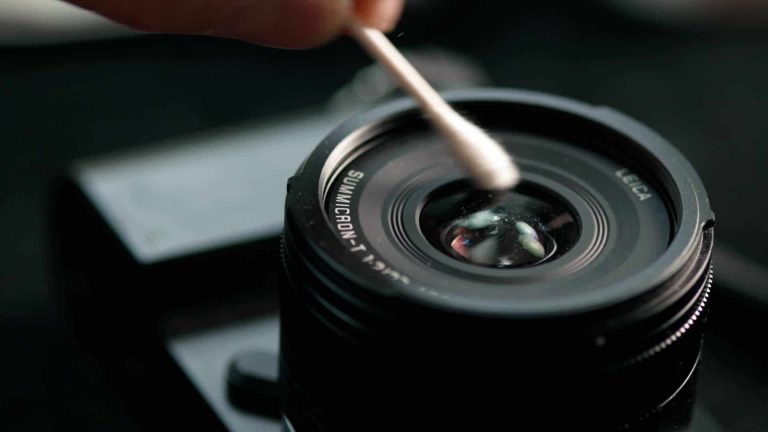 When was the last time you cleaned your DSLR lens? If it has been a while, then chances are that there is a lot of dust and dirt on the surface. The good news is that cleaning your DSLR lens doesn’t have to be difficult or complicated. In this post, we will give you an… 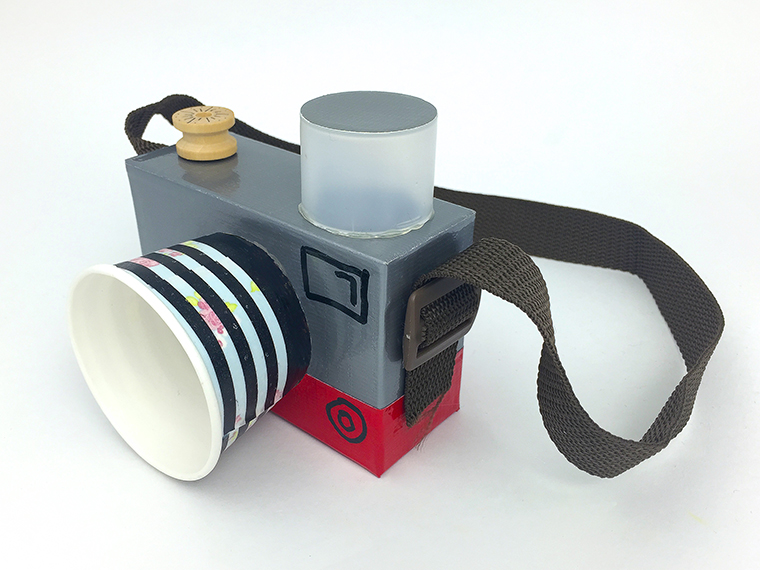 So you want to know how to make a fake camera 2021. You say that you just want this for fun, and you don’t plan on using it as an actual device. You’re not going to try and fool security screens or anything like that. Latest: 5 Best Digital Cameras Under $50 in 2021 –…